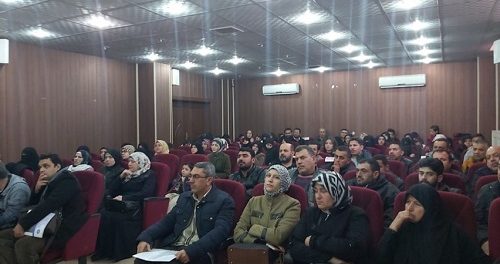 Kilis is a small city located at the border of Syria. Since the War, this city welcomed more and more immigrants. Now, the 81,31% of the city population consists of Syrian people according to the statics of General Directorate of Migration Management.

We attended a dissemination event of a Project related to immigrants organised by Guidance Research Center.

The event was attended by immigrants living in the city and represantatives of organisations working with immigrants. During the event ALMIT Project, the outputs and Project activities were introduced.

By continuing to use the site, you agree to the use of cookies. More information